highlights FROM AROUND THE WORLD OF FUTURE LEGENDS 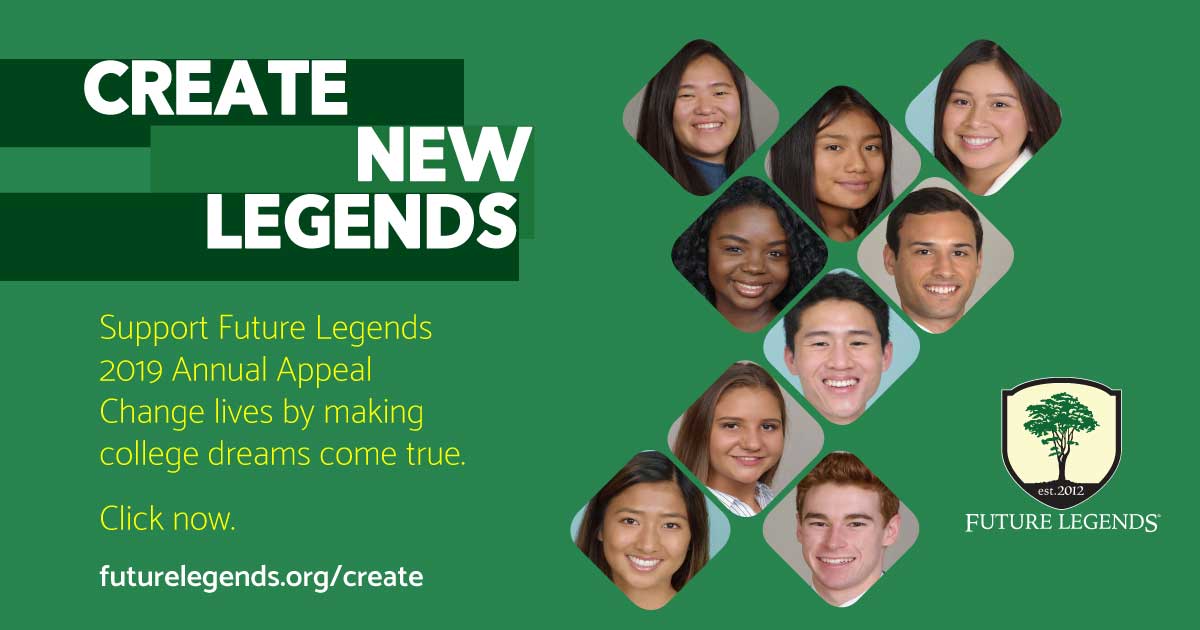 On Tuesday November 12, Future Legends kicked off the organization's first-ever annual fundraising appeal under the banner of "Create New Legends." The campaign is supported by outreach to supporters and influencers in the community via direct mail, email, social media, video and a holiday event. With an ambitious goal of raising $250,000, this is the largest funding initiative since the organization was founded. The overall objective is to expand the ability to offer this life-changing program to more deserving students and establish a strong foundation to ensure Future Legends continues to do good works for many years to come. 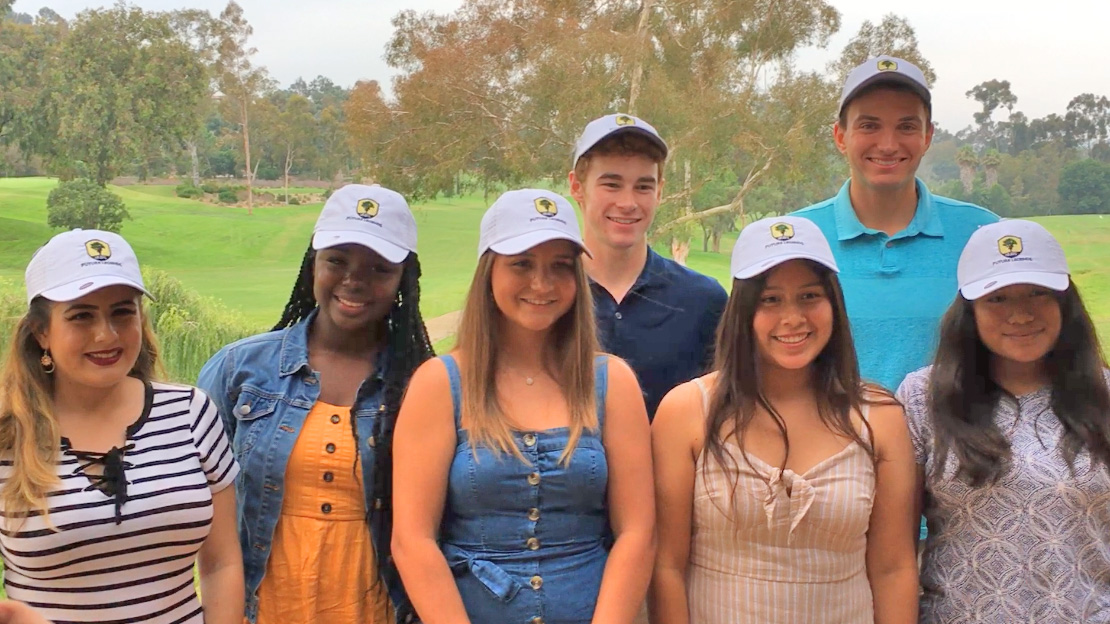 Future Legends annual Summer Celebration put a spotlight on the scholars, mentors and volunteers at the heart of the scholarship and mentoring organization. Chairman Vearl Smith emceed the proceedings and welcomed speeches from prominent supporters Bob Baker, Dan Green and Jim Boyce. Each Future Legends Scholar also took to the podium, giving updates about educational successes and future plans. Most stirring were the words each student shared in recognition of support from their families and individual Future Legends mentors. 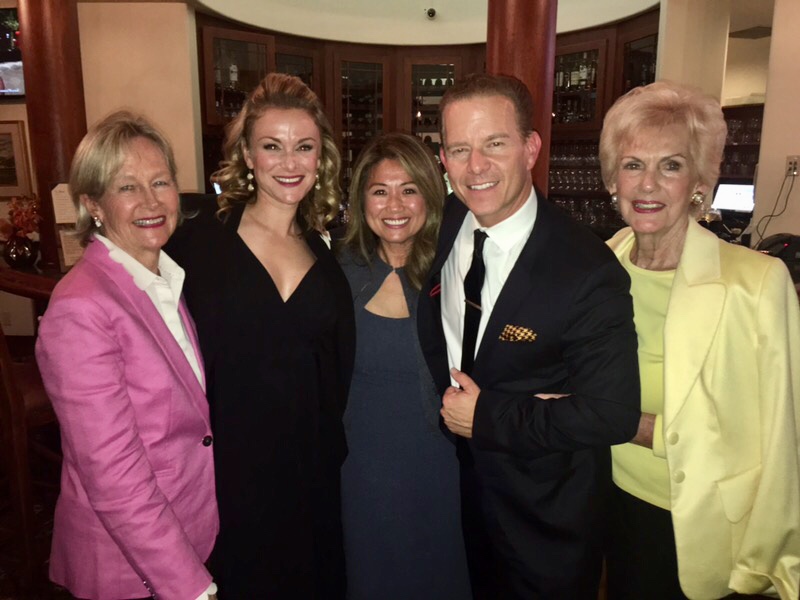 Future Legends, in partnership with the Rotary Club of Rancho Santa Fe, convened the inaugural meeting of a new group called Legendary Women (neé Mères et Grand Mères). This new organization augments and supports the work of helping deserving scholars realize their dreams of a college education. As a group formed for women, by women, it reflects the unique abilities of mothers and grandmothers to identify, create, nurture, and lead the way to a brighter future. This group requires no dues, no fees, only a willingness to create a positive change for students in the community. The launch event featured an incredible performance by Tony Award Winner Christian Hoff of "Jersey Boys" fame, singer Melissa Hoff and the SCPA All-Stars, a group of high school jazz musicians. 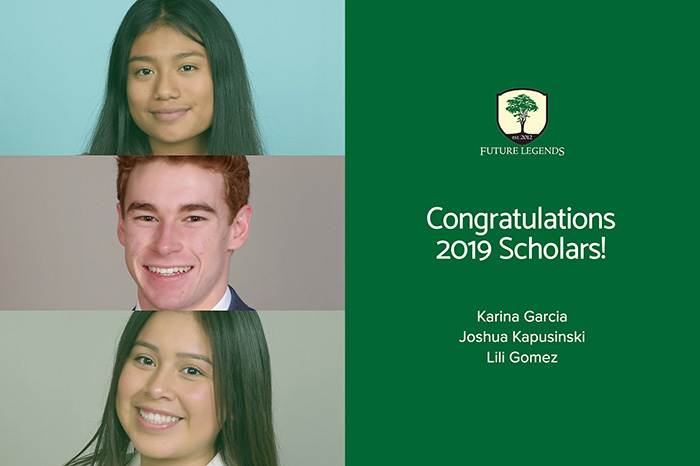 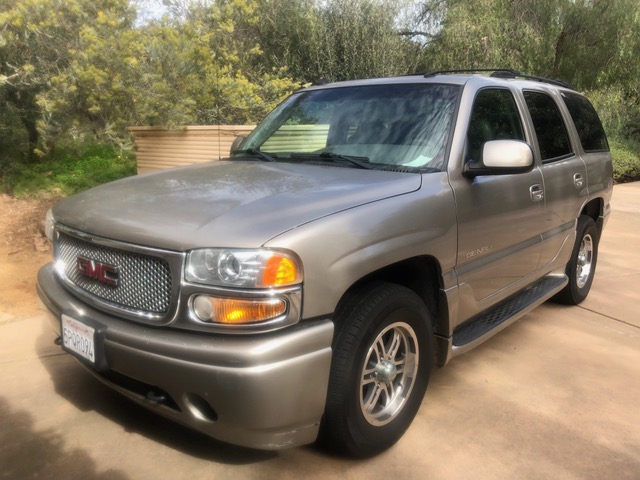 Have a vehicle you're no longer using? Consider donating it to benefit Future Legends. That's the choice that Dr. Larry and Anne McCarthy made recently with their GMC Denali. Future Legends handled all the details making it a smooth transaction for these generous supporters. Special thanks to Helen Dizio and Chuck Courtney for their extraordinary efforts to open up a new donation pathway for deserving and amazing college-bound students. 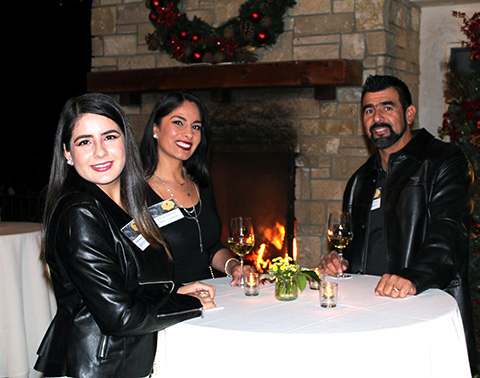 Future Legends believes in the power of saying "Thank You!" The 2018 Appreciation Dinner was hosted at the Rancho Santa Fe Golf Club to honor all Scholars, Donors and Supporters of the Future Legends Program. Attendees heard words of gratitude throughout the night from emcee, and Future Legends co-founder, Dr. Jeff Javelet, and various dignitaries including Future Legends President Eric Manese. Marketing technology expert Chris Fawcett gave a VIP "sneak peak" into Future Legends re-branding initiative and all-new website. Guests were then amazed by the speed painter Amy Burkman who created two portraits, in memoriam, celebrating the lives of Jane Larsen and Tom Ault who each exemplified the spirit of service and giving that makes Future Legends what it is today. 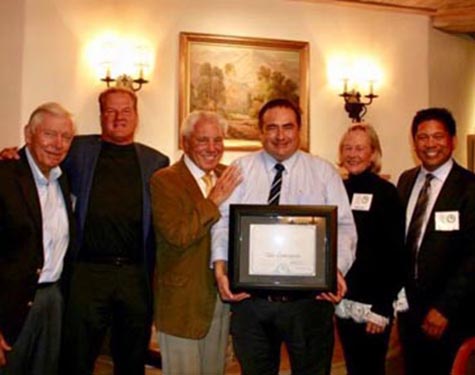 Luis R Carranza has been named the recipient of the 2018 Future Legends Good Samaritan Award in recognition of his presence, spirit and attitude in service of others in the community. 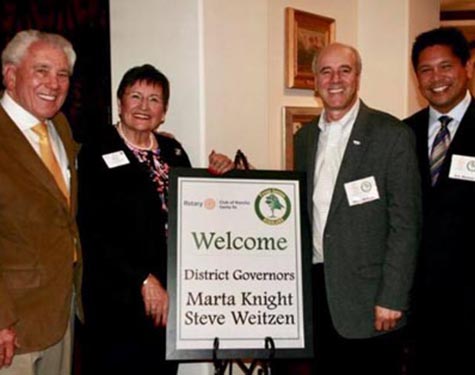 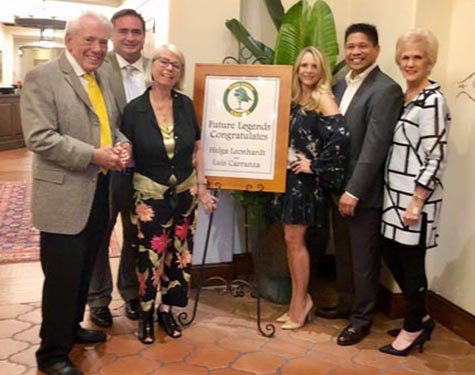 Inventor Helga Leonhardt and philanthropist Luis Carranza were recognized for their selfless generosity in support of the Future Legends Program. Future Legends is able to change lives with innovations like the Gift Annuity Life Estate benefit. 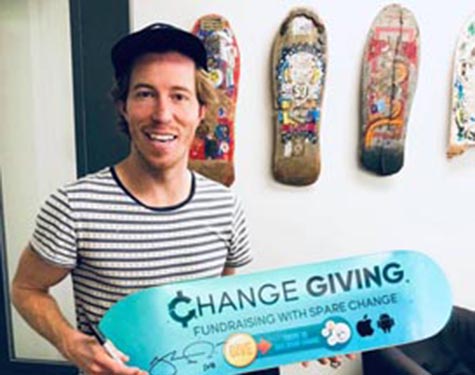 The Change Giving App is one of the many ways to provide financial support to Future Legends. Shaun White, the US Olympic and X-Games multiple gold medalist, proudly displays his support of The Global Action Sports Foundation through Change Giving. It's another example of legends supporting Legends. 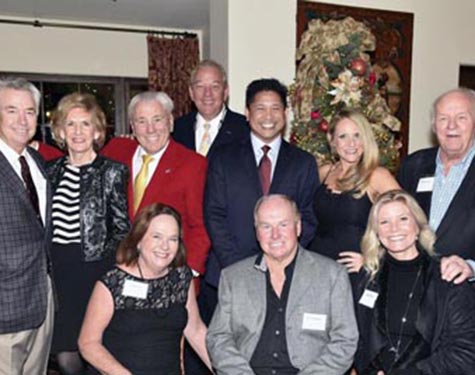 An evening with friends forged a powerful collaboration for the benefit of those less fortunate. Representatives of Pepperdine University, the Charley Hoffman Foundation and the Sanford Institute of Philanthropy joined together to support Future Legends. 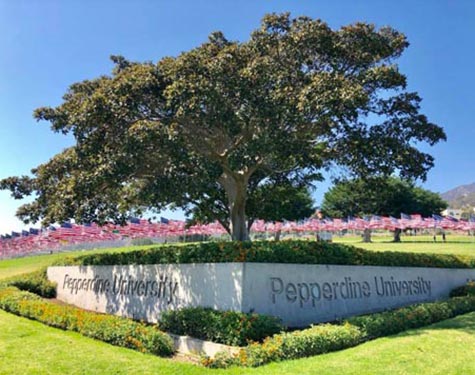 Pepperdine University has made Future Legends part of the institution’s plan for growth through major gifts. The Chancellor and University leadership team outlined their support at a meeting on campus. Their collaborative spirit will advance the needs of others pursuing growth through higher education. 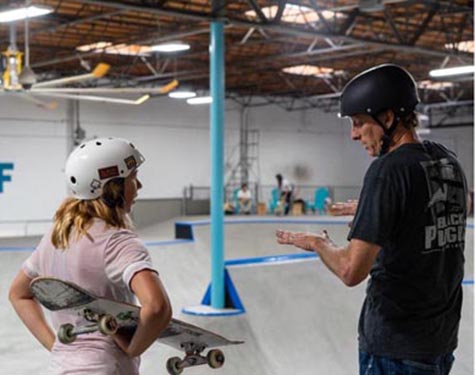 The Global Action Sports Foundation and Future Legends announced a cooperation agreement based on their shared mission of supporting young people. Skateboarding legend Tony Hawk works through GASF to empower athletes and encourage the growth of action sports around the world. It's another example of legends supporting Legends. 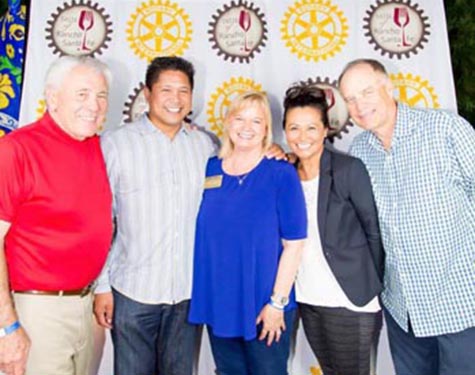 Future Legends was honored to be selected as one of the nonprofit beneficiaries of the 2018 Taste of Rancho Santa Fe. Future Legends Leadership team members were on hand to personally extend appreciations. 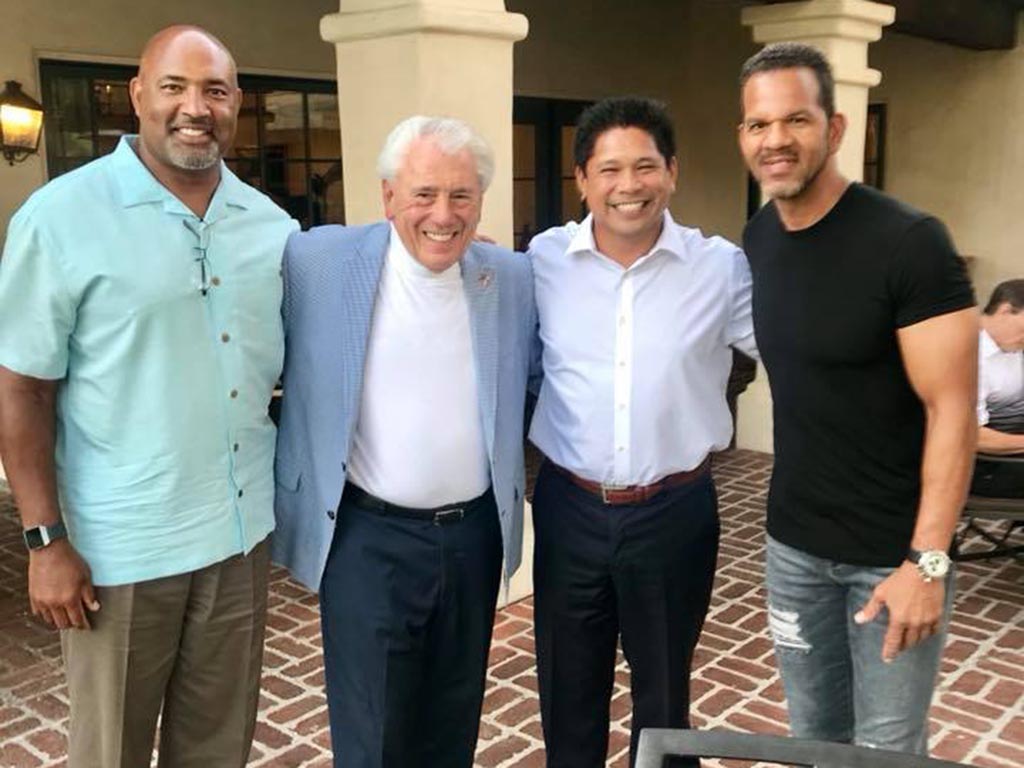 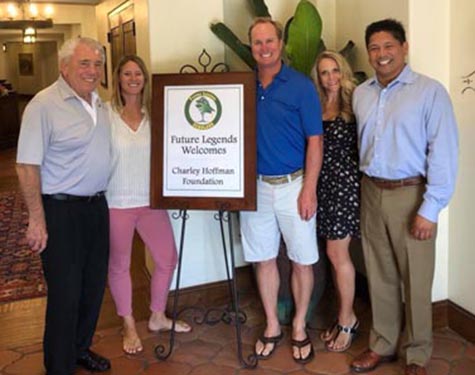 PGA Tour Player Charley Hoffman and his wife, on behalf of their Foundation, have announced a partnership with Future Legends. It's another example of legends supporting Legends.